Born and raised in New York City, David began traveling as a young adult. David lived in Israel, Miami and then settled in Puerto Rico. There he started his family and began working as a manufacturer’s rep, in the Professional Beauty Industry.

In 1989, David and his family relocated to New Jersey, where he founded All Step Sales & Marketing, Inc. A full service, Manufacturer’s Representative organization, dedicated to introducing Professional, OTC and Mass Market personal care to the Caribbean and Central America.

In 1995, after succeeding to establish All Step as a respected International Manufacturer’s Representative Company, David moved his family and the company to South Florida, to better service and travel the region. Once settled in South Florida and having opened an office and showroom, David began building an infrastructure. This enabled All Step to grow to where we are today. Located in Sunrise, Florida, All Step has a team of seven people, successfully offering the best possible service to the manufacturers they represent and to customers in over 30 markets in the Caribbean, Central and South America.

Ryan was raised in the beauty business. He started his career at a young age working for his family business, GA Kayser & Sons known as Kayser Beauty in Buffalo, New York.   Ryan worked in many facets of the family business giving him a strong background in the Professional Salon industry.

After earning an Economics degree at the University of Delaware, Ryan joined Conair Corporation in Stamford, CT.  He gained experience first in sales and then in marketing as a Product Manager in Conair’s Professional Division. The entrepreneurial spirit of Conair was a terrific fit for Ryan, where he enjoyed developing new hair care products creating product promotions.  During his time in Stamford, he was blessed to meet his wife Karen, who still works at Conair

In 1999 Ryan moved to Fort Lauderdale to work with David Schloss and become part of the All Step Sales & Marketing team.  He shared David’s vision to expand the business utilizing a teamwork sales approach and by providing outstanding service to customers and manufacturers alike.   As Vice President at All Step, Ryan believes that detailed preparation and creative promotion will lead to great sales results.    Ryan appreciates traveling internationally and enjoys customizing sales programs for specific countries.

Ryan currently lives in Parkland, FL with his family.  He is an avid sports fan and enjoys volunteering as a basketball coach for his daughter’s recreation league basketball team.

Born and raised in Dominican Republic, Leandro de Leon holds a Bachelor’s Degree in Marketing as well as a Graduate Degree in Corporate Finance. After working in different industries, he believes the beauty industry is an exhilarating one; the fashion and passion of the consumers drive him to keep finding opportunities.

He spent most of his career working for multinational companies like Coca-Cola, Diageo, Henkel, The Colomer Group, now part of Revlon.

He joined the beauty industry in 2000, working for Henkel as trade marketing manager; he later moved to manage the sales department and finally the business operation in The Dominican Republic as Henkel’s commercial manager. After five years, he decided to move to the international field accepting an offer from The Colomer Group to develop The Caribbean market initially, later Central and South America.

He has occupied positions such as trade marketing manager, key account manager, exports and regional manager, commercial manager and now sales manager for All Step.

Leandro enjoys tennis, scuba diving in submerged caves and spending time with his family. He prides himself in constantly searching for ways to improve as a person, father, husband and as a businessman.

Originally from Guatemala City, Jorge Denis Ramirez immigrated to Southern California with his family and continued his education in Mt. San Antonio Jr. College and transferred to C.S.U.F. to earn a Bachelor’s Degree in Business Administration with emphasis in Latina American Markets. After working with high tech companies, he strongly believes the beauty industry is one with high dynamics and always improving at a fast paste giving business the opportunities to grow.

He spent most of his career working for multinational companies like Toshiba America, Fox TV Channels, SimpleTech, SanDisk and the latest with Personal Care manufacturer 100 Years Old Wahl Clipper Corp.

At Wahl Clipper he assigned and opened new distributor channels throughout the Latin American regions from Guatemala to Chile. He helped developed, improved the image and presence of the brand in the consumer and professional divisions in 13 countries. He experienced the growth in revenue from U$6M to over U$25M in just a few years.

As a Sales Manager at All Step, Jorge is responsible for finding and developing relationships with potential prospects and customers in the Latam region, promote and sell the company’s products, launching of new products, coordinate deliveries, among other responsibilities. Working for ASSM allows him to be part of a highly dedicated team in developing brands in the overseas markets.

Jorge enjoys spending time with family, practices sports and assisting people with a Catholic Community. He prides himself in constantly searching for ways to improve as a person, father, husband and as a businessman.

With extraordinary organizational and people skills, as well as years of office management experience, Gladys Rico runs all of the day-to-day aspects of All Step Sales & Marketing Inc., which she joined in April 1996. In her position, Gladys manages and coordinates support services of the office, including operations, record-keeping and more.

A resident of Sunrise, Gladys is a Connecticut native. She has been a resident of South Florida since the late 1980s. The proud mother of one beautiful daughter, Gladys enjoys trying out unique restaurants, going to the beach and traveling in her free time.

Gladys loves what she does, and treats her work like the passion it is. She is as invested in her customers as she is in the company, and would gladly jump at any opportunity to improve as a company, supplier, and distributor.

Laurie Basora joined All Step Sales & Marketing Inc. in 2013. In her capacity as Sales & Regulatory Executive, she serves as a liaison to advise manufacturers of all necessary international regulatory requirements and provides solutions to distributors in order to register products throughout Latin America.   Laurie supports All Step’s sales managers and customer base by providing consistent information on marketing programs and new products.

She currently holds a Bachelor’s Degree in Communications from the University of the Sacred Heart in San Juan. Laurie has over 10 years of experience in competitive industries both in Puerto Rico and the US. She has proven excellence in account management, advertising, sales, client services and marketing for diverse customers.

Born and raised in Puerto Rico; Laurie brings to the table a solid understanding of the Puerto Rican & Caribbean market. She works closely with the customers to support the growth of their businesses and brand development in their markets.

Laurie prides herself on her commitment with our customers and she is passionate about her work. She is constantly growing and striving to be better.

Laurie Basora currently lives in Sunrise, Florida with her husband.

Born and raised in South Florida with a multicultural background, Sebastian prides himself in his business-oriented mentality.

Having studied at FAU for Business Administration, learning business skills and building connections. Sebastian took a break from studying business to travel and experience new adventures in 2015, visiting several countries throughout Asia for 6 months.

In 2016, he opened his own Acai Concept store, which started after taking advantage of the acai market trends in early 2015. After selling his company in 2018, Sebastian partnered with a longtime friend in the Custom Smart Home Industry and with prior experience & connections, they were able to grow the company to new heights in 2018-2019. Supplementing the highest standards in the custom Smart Home Technology Industry.

In 2019, Sebastian shifted his focus from technology to the Beauty Industry. Having a multicultural background has helped him adjust to the Beauty Industry and understand our current markets. Learning from the best in the industry, his goal is to help All Step Sales & Marketing achieve new heights.

His passion is soccer and helping others.

Born and raised in Venezuela, Maria Luisa Bravo is a dynamic marketing specialist with over 10 years of experience working in the FMCG sector. Maria holds a master’s degree in Sales & Marketing, as well as bachelor’s degree in Law.  She spent most of her career working for Coca- Cola FEMSA, acquiring skills in marketing, sales, customer satisfaction, and management, collaborating with operations planning and logistics.

She occupied positions such as key account specialist, marketing manager, and trade marketing manager for the west region of the country. In 2017, she moved to the United States and soon joined the Apparel Industry working as customer care representative for a customized sports clothing manufacturer and retailer, where she was later promoted to Affiliate Marketing Manager.  Maria Joined All Step’s Team in January 2022 and has been responsible for education, brand awareness, coordinating sales, and supporting marketing activities. She loves taking challenges and improving processes and is grateful that ASSM allows her to be part of a highly dedicated and experienced team in developing brands in the overseas markets.

Maria is married and has 2 children, loves to spend quality time with her family and friends, enjoys outdoor activities, music, and is passionate and experienced in organizing fundraisings & donation activities. 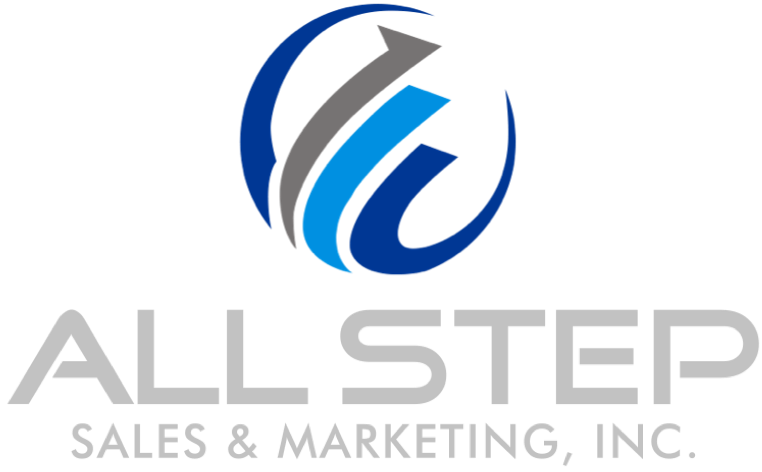